How to Use Diatomaceous Earth to Ease Parasite Die-off Symptoms 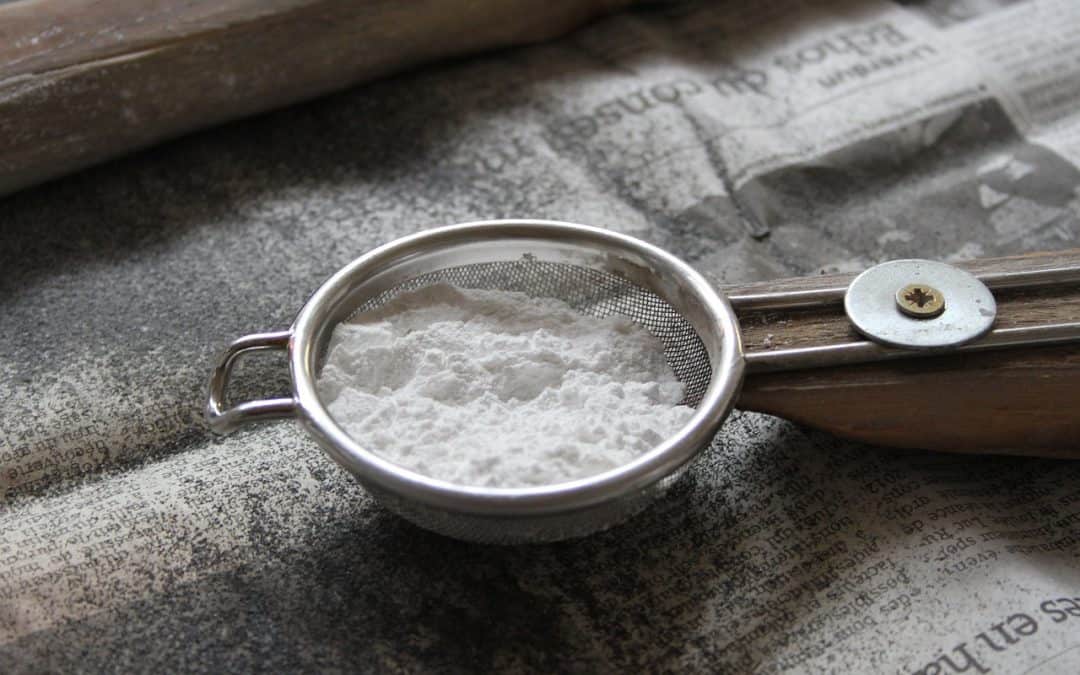 1 in 3 Americans have them and don’t even know it.

Those that do know are often in denial.

Then there are the rare few who recognize the problem and are ready to tackle it head on.

And if you’re reading this, I’m guessing that’s you too.

Ready for a total body cleanse? Get the whole foods, step-by-step program here!

Scary as it may sound, the human body is teeming with them. In most healthy individuals, they remain in proper balance and coexist freely without causing disease.

However, parasites are a different story when it comes to immunocompromised individuals.

When the immune system is down, it can’t fight back. When this happens, stealthy opportunistic “bugs” take over, and disease is the inevitable result. 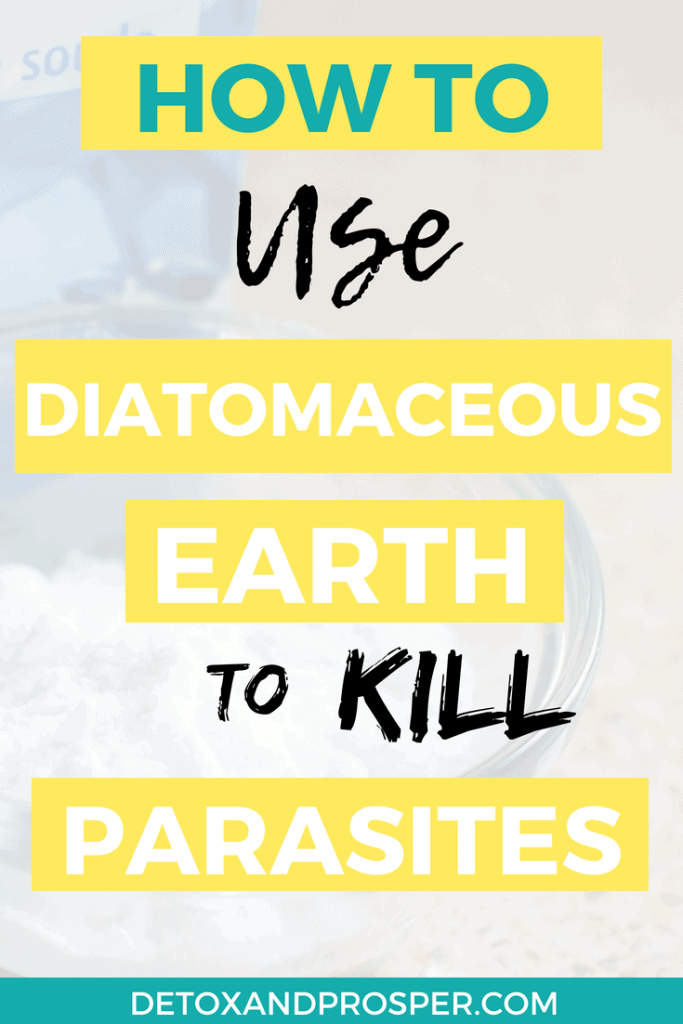 Today, I want to talk to those of you who have decided to do a parasite cleanse but are fearing (or already enduring) the dreaded die-off reaction.

But first, let’s address the basics.

How Do We Get Parasites?

Humans and other living organisms on earth do not exist in isolated fashion but in an entangled relationship with each other.

This interdependence, in one way or another, completes the web of life.

By simple definition, a parasite is an organism that obtains its nutrients from a host while causing harm to that host.

To understand how we acquire parasites, it is important to explore the 2 primary types of parasites:

Ectoparasites live on the skin surface of their hosts and include mites, ticks, etc. Endoparasites, on the other hand, live and thrive inside its host. This category includes intestinal worms, liver flukes and others.

Tests for parasites are incredibly unreliable. In fact, many holistic practitioners diagnose simply based on symptoms.

The most common parasites we deal with today are:

Unfortunately, signs of a parasitic infection often resemble other conditions such as food poisoning, nutrient deficiencies and bacterial infections.

That, combined with mainstream medicine’s general disregard concerning parasites, makes it very hard to get a firm diagnosis.

There are a few symptoms, however, that are tell-tale signs that you have a parasite problem. These include:

If left unaddressed, things like decreased appetite, allergies, fever and anemia set in, along with a potentially long list of conditions and diseases.

Once you suspect parasites, it’s important to do a parasite cleanse.

Treating Parasites: What to Expect with Parasite Die Off

The problem with treating parasites lies in what happens when they die.

They don’t go down without a fight.

As they die, they release toxic byproducts. If too many are killed off at once during a parasite detox, this toxic sludge can impair the function of certain cells and bodily processes.

This is known as a die-off or “herxheimer” reaction.

Too many people – my former self included – interpret a rough die-off reaction as a good thing. After all, it indicates the parasite detox is working, right?

However, the resulting symptoms can be so severe that you’ll be tempted to give up on the treatment prematurely. It can also make you so sick that it does more harm than good.

That’s the result of autointoxication or “retoxing” – but that’s a topic for another day.

If you’re experiencing a severe die-off reaction, please don’t just “tough it out.” You’re feeling that way because toxins are recirculating instead of being processed and eliminated properly – that’s a dangerous place to be.

Instead, there are things you can do to start filtering and processing those toxins.

Let’s look at a few options, then we’ll discuss the #1 thing I suggest for parasite die off symptoms, which is diatomaceous earth.

How to Manage Symptoms During Parasite Die Off

The key to avoiding dangerous die-off overload is to slow down the die-off rate to a point that your body can handle.

This reaction exerts a lot of stress on your internal organs, overwhelms your immune system and sometimes even shuts down your detox pathways.

To avoid all that, you need to take steps to diminish the reaction.

5 Ways to Alleviate the Die Off from Parasites

The byproducts released by parasites are normally eliminated via your urinary system. Drinking a lot of water increases the volume of urine thus increasing its capacity to eliminate more toxins.

The idea with this method is to flush out the toxins as fast as possible to reduce the amount of recirculation that occurs.

Research shows that extreme stress down-regulates the immune system. Under such conditions, your body isn’t able to clear the toxins effectively. Taking it easy and getting at least 8 hours of sleep at night helps restore normal physiologic processes within the body, making it easier to counter the die-off reaction.

Rushing treatment may exacerbate the persistence of a parasite die-off reaction. You may need to give your body time to adapt to the treatment by either reducing the dosage or using alternative treatment methods.

Soaking in a tub with Epsom salts is a great way to encourage detox, and it’s quite relaxing too. I always use 2 cups of Epsom salts, but I know some people who use up to 3 with no side effects. To boost its effectiveness, you can also add a few drops of detoxifying essential oils like lemon or grapefruit.

The only way you can eliminate toxins properly is to ensure your detoxification pathways remain open. These include your bowel movements, urinary system and skin.

If you find yourself “backed up,” try an herbal laxative like cascara sagrada or a warm saline enema.

Diatomaceous Earth is a soft white powder made from the crushed skeletons of fossilized hard-shell algae. It’s naturally occurring and highly absorbent, making it a safe and potent remedy for parasites.

Although it has a low density, its strong negative charge is very useful for its ability to kill parasites.

Let me pause here for a moment and note that diatomaceous earth comes in 2 varieties – food grade and non-food grade.

It is absolutely critical that you only purchase food-grade diatomaceous earth for a parasite cleanse as the non-food grade is toxic and only used for industrial purposes. See the brand I use here.

How Diatomaceous Earth Reduces Symptoms of Parasite Die Off

As mentioned before, die-off reactions are caused by byproducts released from the parasites as they’re being killed.

The strong negative charge of diatomaceous earth enables it to naturally attach to and remove substances like chemicals, viruses, heavy metals, toxins and parasites from the body.

Not only that, but its very infrastructure is used to effectively kill parasites.

If you were to look at diatomaceous earth under a high-powered microscope, you would see what looks like broken pieces of cylindrical pottery. These are the shells of the algae I mentioned earlier.

Featuring a variety of shapes and sizes, the jagged edges of these crushed shells literally slice and dice parasites, absorbing their expelled fluids in the process.

The following is simply a suggestion for how to use diatomaceous earth to kill parasites and ease die-off symptoms. However, I am not a doctor, and this does not constitute medical advice. Always check with a licensed healthcare practitioner.

Example of a parasite cleanse with diatomaceous earth:

1 – Start with approximately one teaspoon of food-grade diatomaceous earth with water once daily. It is best to take it on an empty stomach at least one to two hours before eating. You can simply dissolve it into the water and chug.

2 – Every few days, increase your dosage by a half teaspoon until you work your way up to 1 tablespoon once per day.

3 – After each dose, drink an additional cup of water to improve your state of hydration and increase the DE’s effects.

The reason for starting slow and working your way up is to avoid a parasite die off reaction. It’s important to monitor your symptoms and pace yourself as needed. The process of working up to this dose generally takes about 2-3 weeks.

How Long Should I Take Diatomaceous Earth?

The jury is still out on this one.

Since I can’t point you to a source that gives you an exact time frame for using diatomaceous earth for parasites, I’ll just share what I’m doing.

At that point, I will do a maintenance parasite cleanse with diatomaceous earth for 3 weeks at a time, twice per year.

As you’re deciding your DE dosage and duration, just pay attention to your body and any die-off symptoms you may experience and alter your schedule accordingly.

How to Kill External Parasites with Diatomaceous Earth

Diatomaceous earth isn’t just beneficial for internal parasites. You can use it as natural pest control around your house too!

First, apply diatomaceous earth powder where necessary such as floors and door frames. You can use a broom to spread the powder evenly.

Let the powder sit undisturbed up to 12 hours before vacuuming or sweeping it off.

Repeat the process once per month for the best results.

Breathing in the dust of diatomaceous earth can irritate your lungs and cause respiratory issues. Its dust can also irritate the skin and dry out exposed mucosal surfaces such as the eyes and throat.

For these reasons, you should never inhale diatomaceous earth powder. I suggest wearing a mask when filling containers with it. Basically, any time you’re working with DE in such a way that causes it to release dust into the air, wear a mask.

As for using diatomaceous earth for parasite die off symptoms, keep in mind that mild detox reactions may occur as your gut tries to adapt to its changing conditions. Such symptoms typically subside within a week.

Also, be sure to remain hydrated while taking DE. Drink lots of water – at least half your body weight in ounces each day.

For example, if you weigh 150 pounds, you should drink 75 ounces of water per day.

I know the thought of having parasites is unnerving to say the least, but it’s better to get them out now, then let them mooch off your nutrients rent-free for years to come.

In my opinion, diatomaceous earth is one of the best ways to detox parasites and ease the severity of their die-off symptoms. It’s safe, cheap and incredibly effective.

I personally use this brand of Diatomaceous Earth.

It only cost me around $8, and it’ll last me about 6 months.

As someone who’s had to spend thousands on treatments for lyme disease, this was such a relief to find an affordable, yet effective solution for parasites.

I hope this answered some of your questions and encouraged you to use diatomaceous earth for parasite die-off symptoms. Please let me know if you noticed something I didn’t address or if you have any other questions!

Side note: If you’re looking for a complete nutritional detox program that’s laid out for you step-by-step, I have some information I want to share with you. Read more here. 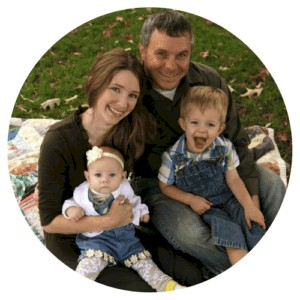 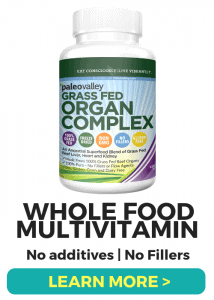 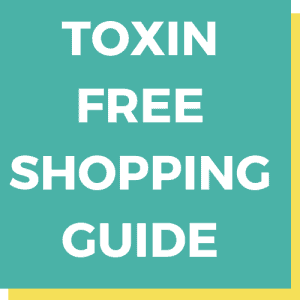